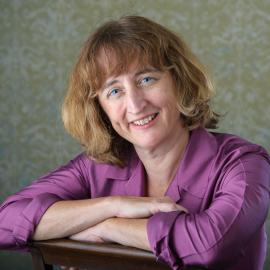 As a faculty affiliate of the Institute of Governmental Studies and the Institute for Research on Labor & Employment, Chapple is currently engaged in three research projects (totaling $1.3 million), specifically on residential and commercial/industrial displacement in California. Among other projects, she has led research on gentrification and displacement near transit-oriented development (for the Association of Bay Area Governments), more effective planning for affordable housing and economic development near transit (for the Great Communities Collaborative), the relationship between the arts and commercial and residential revitalization in low-income neighborhoods, and the role of the green economy and industrial land in the California economy.

Chapple holds a B.A. in Urban Studies from Columbia University, an M.S.C.R.P from the Pratt Institute, and a Ph.D. from the University of California, Berkeley. Before coming to Berkeley, she served on the faculties of the University of Minnesota and the University of Pennsylvania. She is a founding member of the MacArthur Foundation's Research Network on Building Resilient Regions. Prior to entering academia, Chapple spent 10 years as a practicing planner in economic development, land use, and transportation in New York and San Francisco.